Once upon a time, I wore the green & grey uniform of a US National Park Service Ranger.

NPS regulations specify that the name plate be pinned 1/4" above the right breast pocket, thusly.

When I left the Park Service, I had to relinquish my 2 official NPS Ranger badges.

However, I earned this Junior Ranger badge fair & square, so it’s mine for keeps: 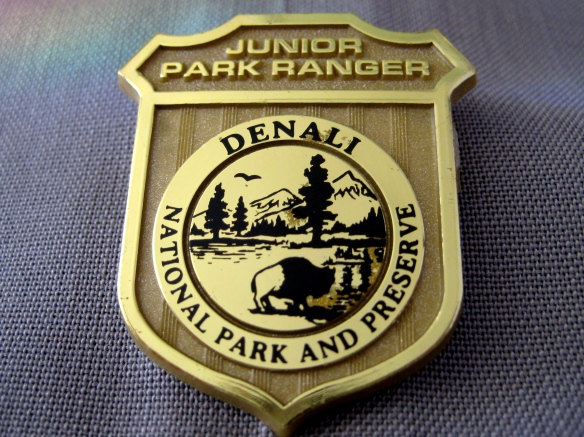 And, I still have my National Park Service “Smokey Bear” flat hat:

Nothing says 'Park Ranger' quite like the grey felt ranger hat!

When Andy & I left Denali National Park, we were given a joint Arrowhead plaque:

This custom Buddha quote is not standard issue for NPS plaques.

Additionally, I received a Star Award recognizing my “professionalism, dedication and hard work on behalf of Denali National Park“: 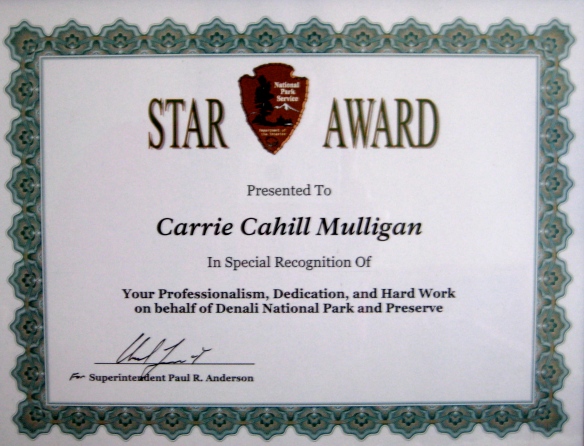 I'm still proud of my work as a Park Ranger in Denali National Park and Preserve.

The NPS uniform, although simple, is actually quite amazing. It lends authority and credibility, transforming even the scruffiest group of young hippies:

In the end, my time in Denali National Park transformed me as well.

No matter what I do, I’ll always consider myself an NPS Park Ranger on the inside.