Although their names are not on the back of their jerseys (because “Dartmouth” on the front is the name that matters most), we know every player by sight.

We know their strengths, we know their regular positions, and we notice when players get paired up into new line combinations.

We are what you’d call Big Green “Super Fans.”

So when we learned that the Dartmouth Women’s Hockey team would be skating at Frozen Fenway, I knew I had to go. 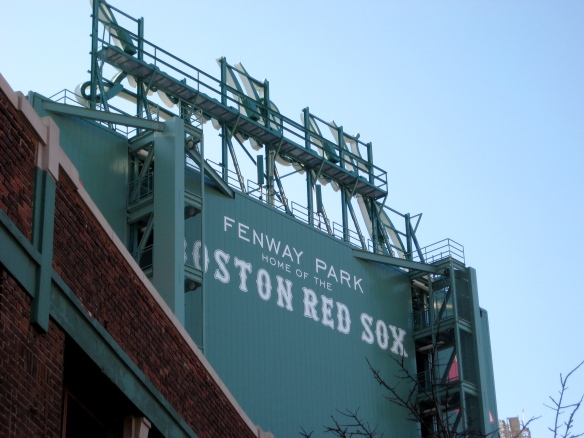 Scoreboard at the start of the Frozen Fenway Dartmouth v. Providence game. 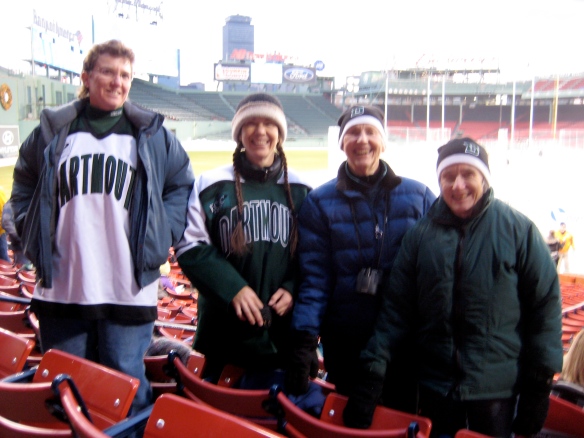 It was an exciting, back and forth game, with Dartmouth’s Camille Dumais netting the game-winning goal in the final minute.

Sometimes, it’s Heaven that freezes over.