Maybe you don’t know…? That I’m a serious hockey junkie? Maybe “fiber artist” doesn’t fit with “hockey player” in your mind? Well, I’d like to challenge that notion.

Playing ice hockey for the Hornets in the Campion Hockey League, November 2010.

For me, ice hockey is the perfect foil for the many hours I spend knitting, felting, sewing & embroidering my felt hats. All that intense, physical activity is the perfect complement to the intensely sedentary activity my fiber art requires. The are yin and yang, if you will. 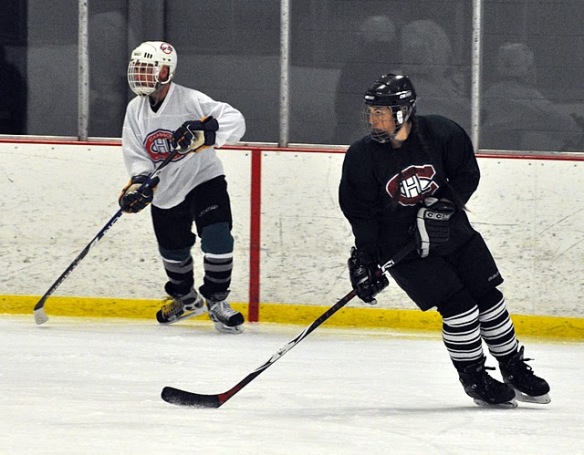 Learning to trust the outer edge of my skate blade... (it's a process).

Watching or playing hockey is a fast-paced, thrilling activity. Watching or making fiber art is… a little like watching the grass grow. 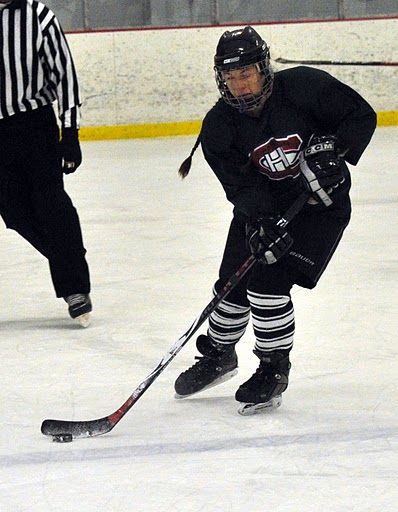 (The braids, by the way, are off-limits!)

While needlework is often a solitary and silent pursuit, ice hockey is all about teamwork. 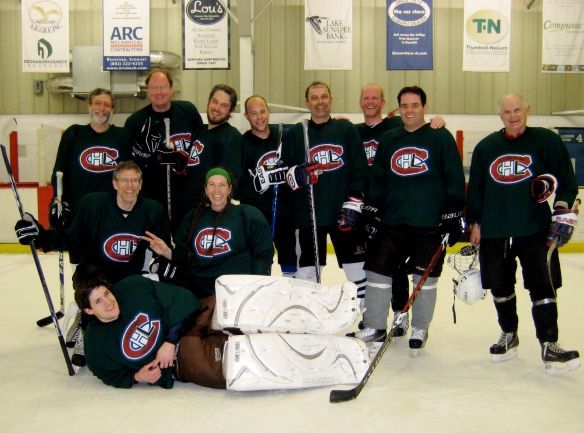 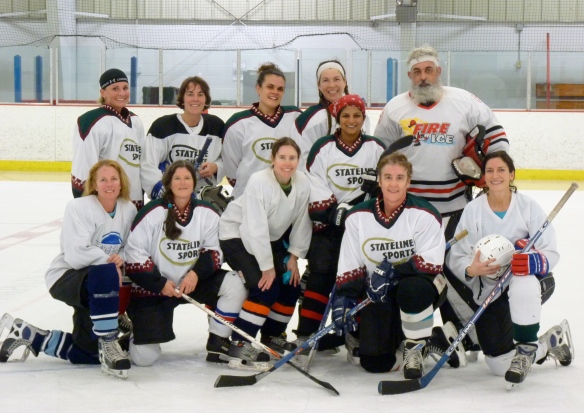 Although I am entirely self-taught as a fiber artist, I rely heavily on Dick Dodds’ Adult Hockey Academy for guidance and instruction. And I love being taught, especially from the best:

They might seem like polar opposites, but ice hockey & needlework do share some similarities. Both require creative problem-solving. Both take up LOTS of my time. Both require serious concentration, resulting in a sense of total immersion in the activity.

And both bring me an inordinate amount of satisfaction and joy! 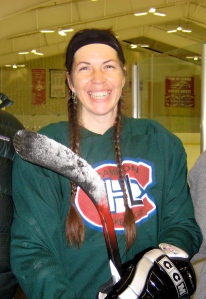 Ahhh... that post-hockey glow (endorphins are your friends)!

p.s. I didn’t even try on hockey skates until age 31. It’s a great mid-life pursuit. If you’re at all inclined, give ice hockey a try!

6 thoughts on “Thank You for Supporting My Hockey Habit”