Another participant in the 17 Days of Green recently noted:

“One of the great things about the color green is that it has such a range and depth. It can be cool and bright, fresh and happy, or earthy and mossy. I usually tend to gravitate towards the mossy…”

—The Merry Wife of Canon

A woman after my own heart!

My moss-green embroidered felt hat keeps me toasty in any weather. 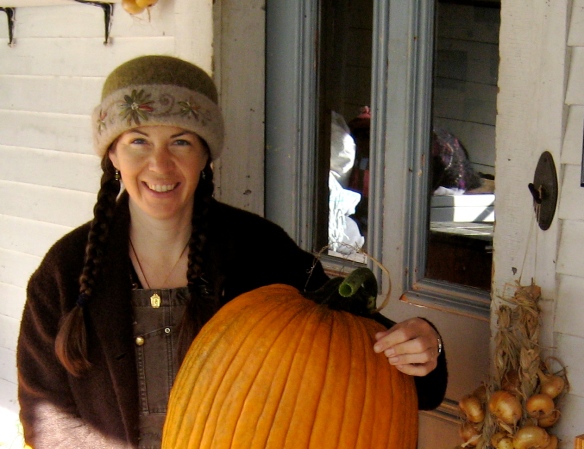 A hat that goes from garden to gala with ease. 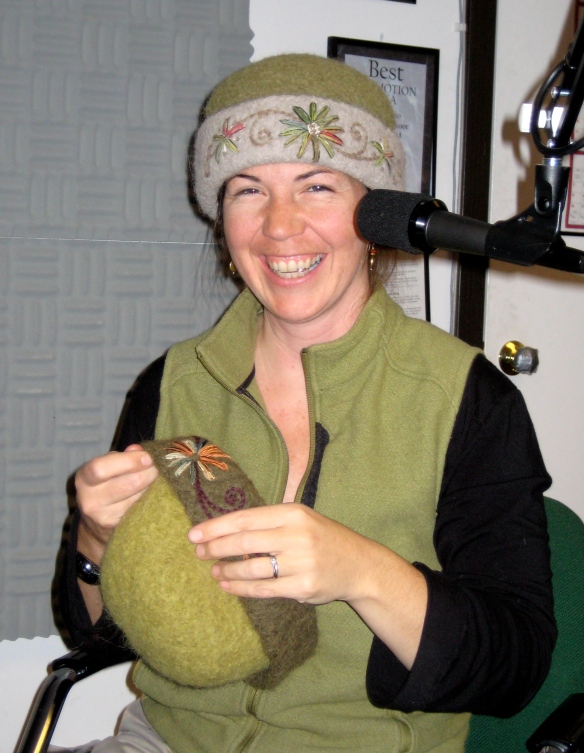 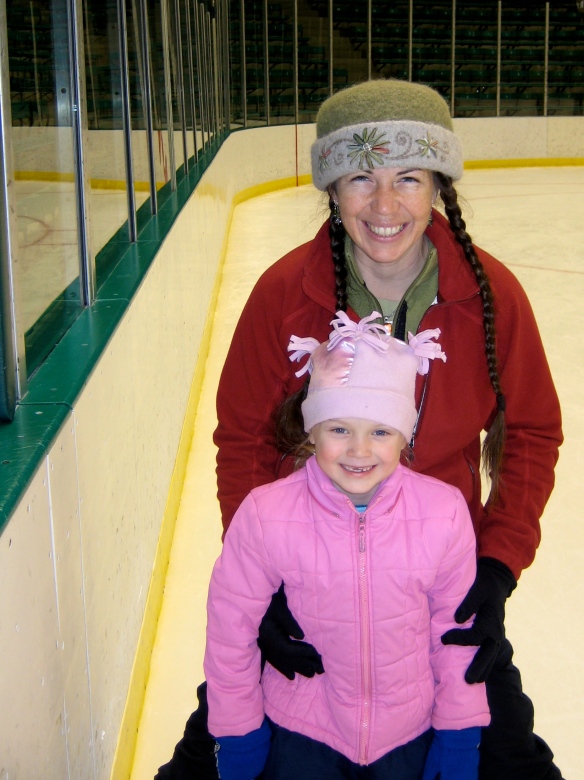 Skating with The HoopStar at Thompson Arena, October 2010. 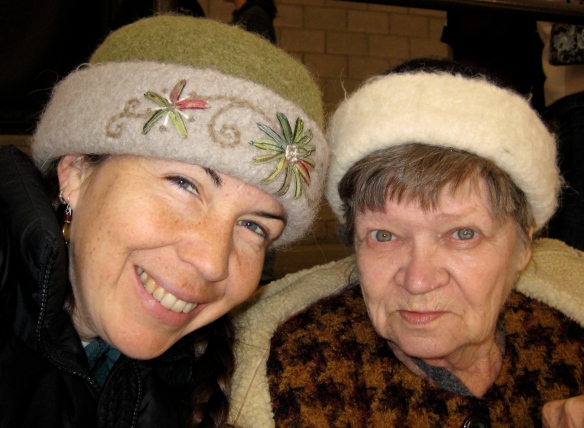 Seeing this photo of me & my Mom, I can’t help but notice her eyes are the exact same shade as my hat.

Well, after the second snowiest winter in New Hampshire history, spring seems finally to have sprung in Canaan, as evidenced by the lovely crocuses in front of our house.

You’d think I’d be over the moon, as nearly everyone here is, ready for all the fun of warmer weather.

The truth is, I am entirely torn. Because warmer weather brings the end of hockey season for me, and this winter I have played the best hockey of my life.

That’s me in the yellow helmet, playing in the women’s intramural hockey championship match at Dartmouth’s Thompson Arena last month…

And there I am, moments later, just after scoring a goal (something quite unusual for me, as I generally play defense…)!

Despite being born in Canada, I didn’t learn to play hockey until I turned 30 and was living in Healy, Alaska.

So I reckon I am making up for lost time… I have 5 hockey games in the next 5 days, and then the ice goes away for the summer.

If I seem a bit down, despite the sunny weather, you’ll know that hockey fever just won’t let me be…

I’ve never been much of a fan of spectator sports.  I don’t watch television, and I don’t really follow any major league teams.

And then, 4 years ago,  we moved to the Upper Valley of New Hampshire.  Since I could not (at the time) play hockey myself, we decided to take in a game at the local Thompson Arena, home of Dartmouth Women’s Hockey.

We were hooked!  Soon, my sweetie & I found ourselves eagerly awaiting home games, and felt our spirits rise and fall with the fate of our team.  Since Dartmouth’s program is one of the best in the country, we have enjoyed some top-notch hockey at Thompson Arena.

Last week was no exception… even my mom, who isn’t much of a sports fan either, found herself clapping and cheering for our winning women, who are undefeated so far this year.

So, if you  have never been to a Dartmouth Women’s Hockey game, do yourself a favor and get over to Thompson Arena on November 23, when our ladies take on St. Lawrence.  Puck drops at 7 pm.

See you there… I’ll be the one in the felt hat, knitting up a frenzy, just above the blue line.  Go Big Green!

Check out styles and prices for every head! 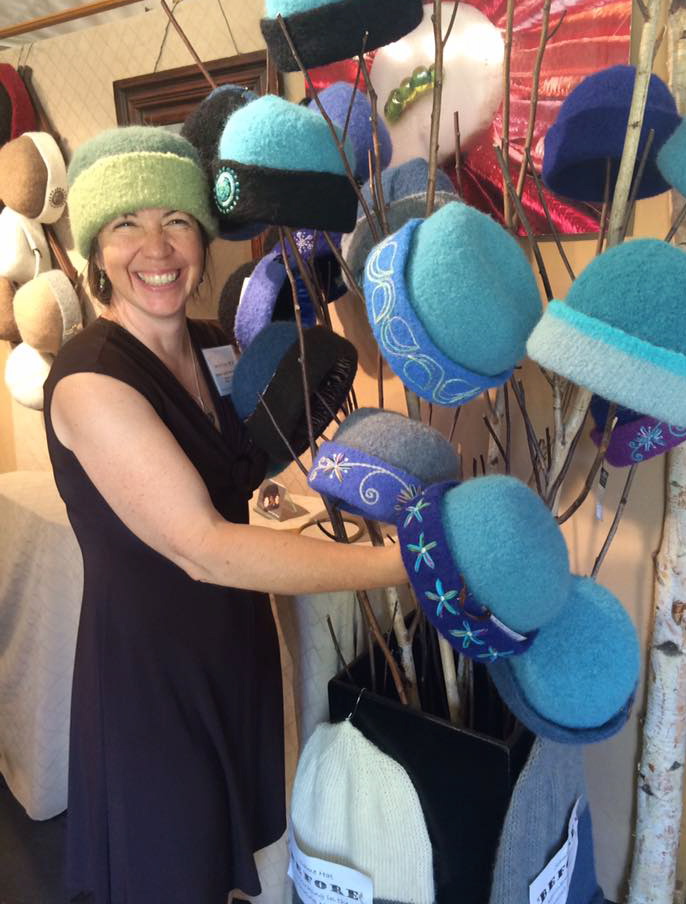